The peculiar story about the Gävle Goat started in 1966, when the idea came up to design a giant version of the traditional Swedish Christmas straw goat. The objective was to attract customers to the shops and restaurants in the southern part of the city. On the first Sunday of Advent 1966, the huge goat was placed at Castle Square in Gävle. Since then, the Gävle Goat has been a Christmas symbol placed in the same spot every year. Today he is world famous. The Gävle Goat made it to the Guinness Book of Records for the first time in 1985. Each year, hundreds of thousands of fans from all around the world follow him via webcam and social media (Twitter and Instagram).

2022 is a historic year for the world's largest straw goat, which for the first time in 56 years gets a temporary new location in Gävle. During the construction of the new cultural center Agnes Kulturhus, the Gävle Goat gets to take pride of place on the Town Hall Esplanade, Rådhusesplanaden, in central Gävle. The inauguration of the Gävle Goat is thus moved from Slottstorget to Stortorget.

Click here to watch the inauguration livestream on Sunday the 27th of November at 4pm! 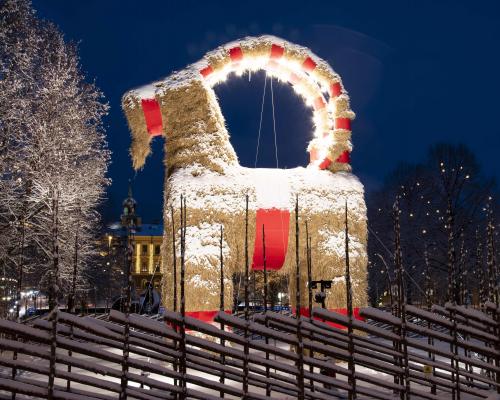 Of course, we recharge with Bockcorn when we cuddle up on the TV sofas for this year's show.

Feel free to try folding our DIY (do it yourself) box. Then just pop the popcorn and get ready!

Feel free to share your picture from the home cinema and hashtag: # gävlebocken #bockcorn # julenbörjarigävle 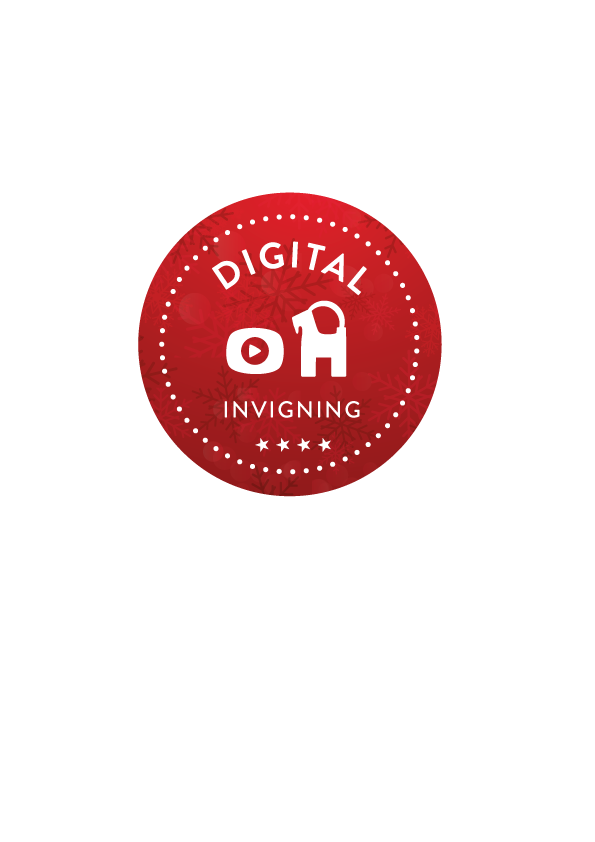 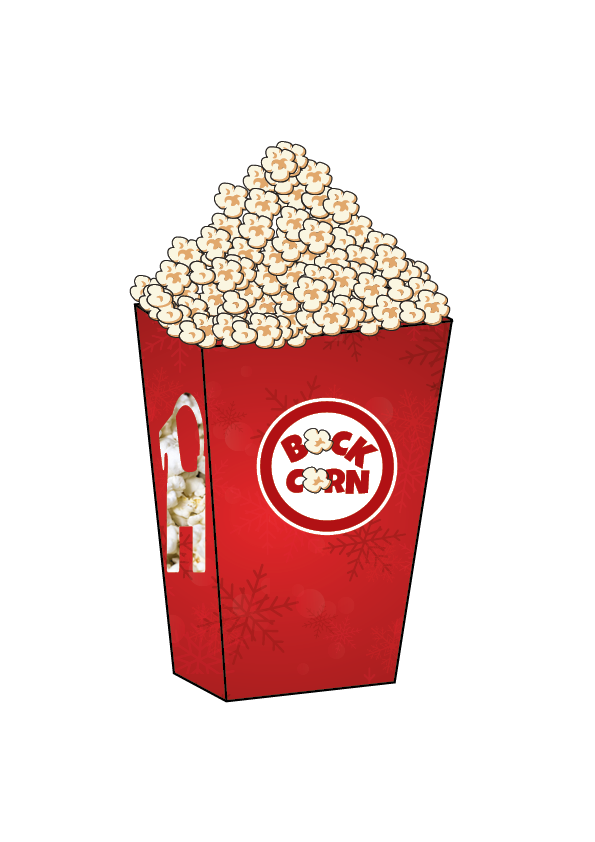 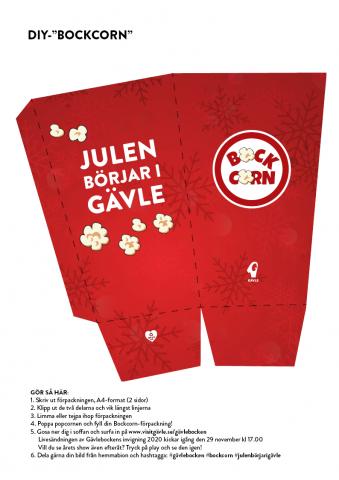 Save the image to your computer. Print the page (do not forget to check the "Scale to fit" box in the print view) and follow the instructions on the template. 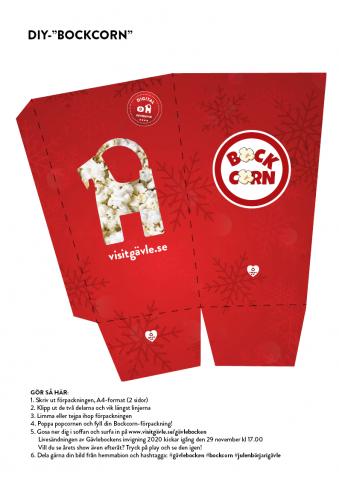 Print this image as well. Do the same as with the image on the left. You can also find the templates via this link (PDF that opens in a new window). 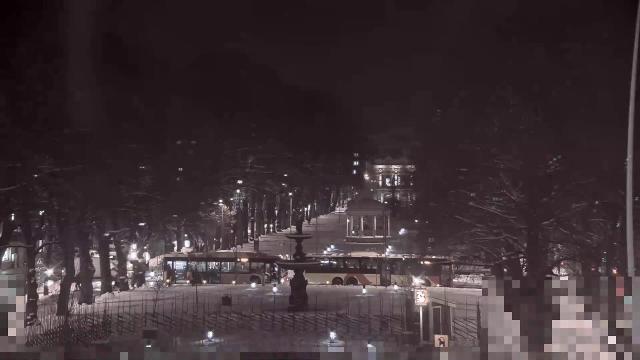 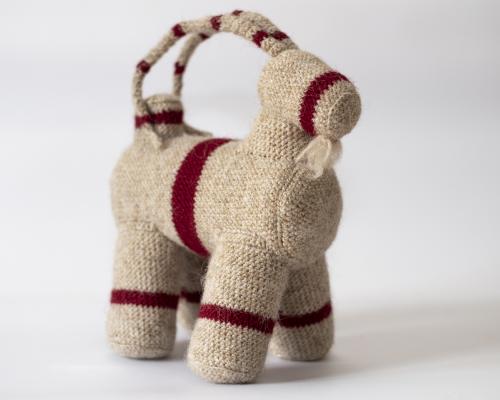 Buy your own Gävle Goat in our webshop 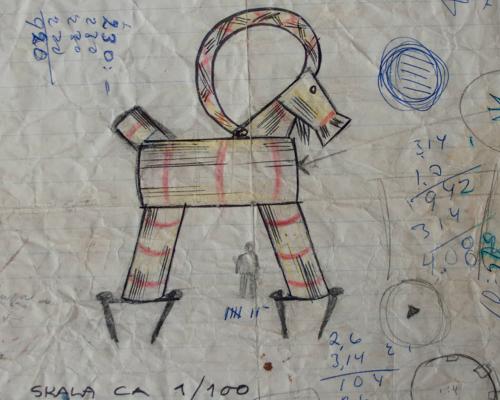 The history of the Gävle Goat

On this page, you can read more about the history of the Gävle... 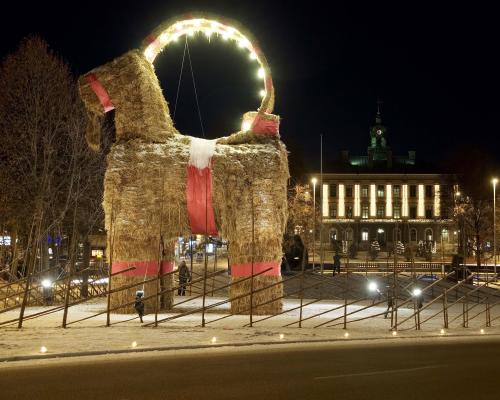 The peculiar story about the Gävle Goat started in 1966. A... 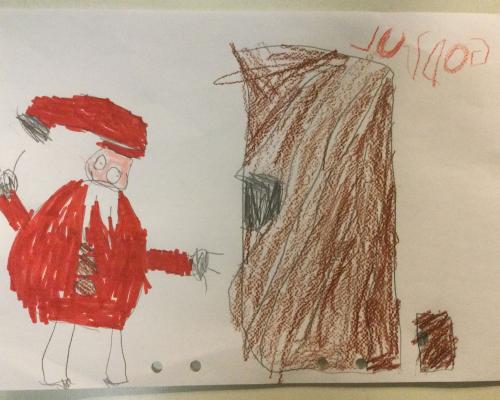 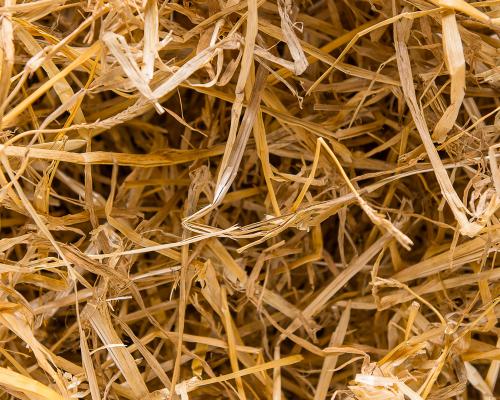 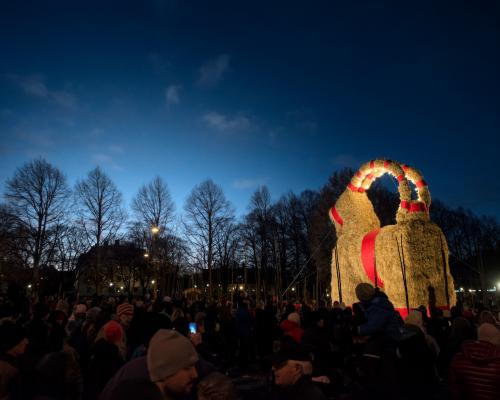 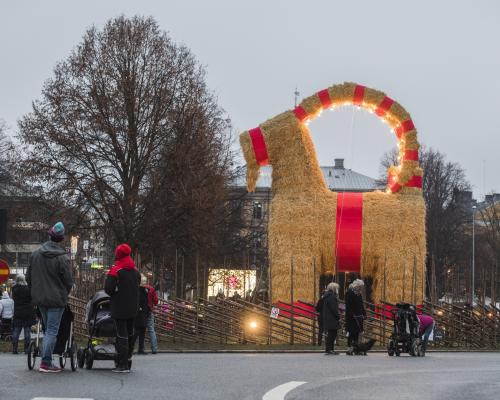 How do you travel to Castle Square?

Use green means of transportation to the Gävle Goat Inauguration!... 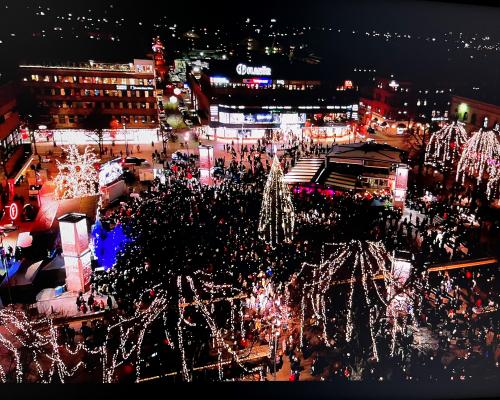 Watch the livestream from the Gävle Goat's inauguration here....